In one of our previous posts we talked about the SSL SiX Channel, the new channel strip by SSL for 500 series. T his time we shall remain in the same pace but we shall see the approach followed by AMS NEVE for the same task.

Whit those devices the designers didn’t follow the “all in one” mood. They had directed their effort in delivering the same funcionalities available in the bigger Neve 80 Series with a smaller form factor.

In this post we shall give a closer look at the 1073LB preamp and the 2264ALB compressor-limiter. We shall investigate how they behave together in the tracking phase of the production process.

This module is the Lunch-Box (now you know were the LB achronim comes from) version of the infamous British preamp. Probably the most sought after in the history of audio production.

The original version includes a three bands equalizer as we have been deeply talking about in one of our previous posts.

This time, to save space, the unit is a straight preamp with no equalizers at all. You can get the full service by adding the 1073LBEQmodule but we shall not talk about it here.

The 1073LB has the same cirtuit layout as the original one but uses modern components (SMD and relays) to save space.

The Neve sound is guaranteed by the Marinair transformers and by the 3055 output transistor.

On the fron panel the first knob (in typical Marconi style) sets the input gain in steps of 5dB.

Mic or Line inputs cand be selected here in the same way as the old 1073. Three buttons (with status LED on board) respectively activate Phase shift, Input impedence (1200Ohm or 300Ohm) and the access to the front input connector (a combined socket for XLR Mic or TRS Line).

An output Trim allows for input saturation and (by pressing it) 48V phantom voltage for condenser mics.

Signal presence is indicated by an LED which is green for normal levels and red when saturation comes up.

This device is a compressor-limiter inspired by the 2264A from the series 80. The module implements two funcions.

The limiter has a threshold knob and a concentric release switch (spelled Recovery in agreement with the Neve tradition).The limiter is put into operation by pressing the Threshold knob.

The compressor still uses concentric knobs for Theshold, Recovery, Compression Ration and Make up Gain. Also this one is activated by pressing the Threshold knob.

The standard attack time is 4ms.

It can be increased with a dedicated miniswitch which activates also a sidechain HPF to allow the compressor to be used for Bus purposes (eventually in stereo with another unit).

An Hard Wire Bypass switch connects directly the input with the output completely removing the module’s circuit from the signal path.

A green/red LED indicates that signal is passing through the unit and an LED strip is effectively used to show the amount of gain reduction.

The 2264ALB, just like the original, has three transformers in the signal path and this undoubtely contributes to have a no-compromise Neve sound.

The sound of the couple

The two modules, together, make an optimized front end to track almost any type of signal.

The preamp gives all the features we do expect from a Neve one with a recognizable sound with a hint of modermity which seems to be anyway pleasant.

The treble side is more open than the traditional module. The mids are forward as expected and the bass side is solid rock.

Originally the dynamic processors (compressors and limiters are among them) have been designed to reduce the signal peaks.

While those were easely handled by the audio band circuits (were saturation can be even pleasant), in broadcasting (especially FM) they had serious effects on the transmission quality.

Only with the experience they become creative tools intended to give to the signals a particular sound signature to make things better in several ways.

Signal dynamic is easily controlled by the 2265ALB which can be soubtle as well as very evident on the overall sound. The limiter attack time seems to be well chosen for both percussive signals and for instruments less demanding for speed.

The two units together realize a very versatile set just as we do expect from high quality analog gear.

There is no musical instruments wich gets out from the couple without serious benefits. The sound is creamy without loosing details. The added harmonic distorsion can be controlled either playing with the premp’s gain or driving hard the compressor. In both cases the results are great. Such a front end is really reccommended unless you are looking for an HiFi sound. Go get it! 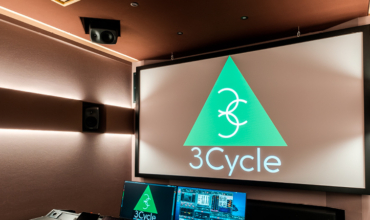 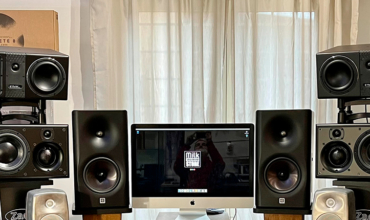 While talking about tools for a mix studio, the monitors are, probably, the main devices since they allow us to… 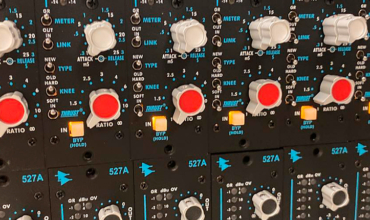 We talked about Compressors in a post dated August 2020. Here we shall put our attention here on the newest… 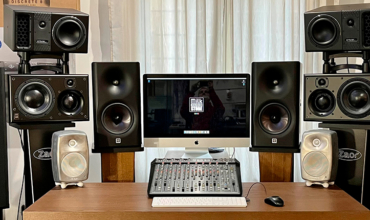 We have already talked about the Solid State Logic BiG SiX in one of the previous posts. In that post…