The jobs for Cinema

In the last post we have been talking about the movie production workflow and how it can be used, eventually simplifying some steps, also for multimedia contents and digital videos. In this post we shall discuss about the jobs for Cinema and how they evolved with the advent of the digital video technology.

A complete movie staff is composed by tenths of professionals organized in departments. The depertments are (at least the principal ones):

Among those we shall discuss the departments with closer correlation with Pre-production, Production and Post-production phases. We shall not talk about actresses and actors because, while probably being the most important profession in Cinema, acting is less bound to the technical aspect of the digital video production.

Part of this group are the Producer, the Directorand the Screenwriter. The Producer takes care of funding the project. He/she follows the entire project from the idea to its release. The Director is responsible of coordinating all the artistic and technical aspects of the movie realization. He/she has a global vision and steers all the activities according the artistic content that the movie was intended for. The Screenwriter is accountable for the story, the narrative and the scrip preparation (the script being the document used as a guide for the actors for the entire movie).

Is the team dedicated to the management and the proper execution of the entire project. Among others, are part of this department the Executive Producer, the Production Manager, the Production Secretary and the Assistant Directors.

This is one of the departments in which things have heavily changed when passing from film to digital video. The “analog” skills were no longer needed and the competencies had to been moved toward the dematerialization and different performances of digital images.

The Director of photography is responsible for the camera and lighting departments of the film. He/she makes decisions on lighting and framing of scenes in conjunction with the movie’s Director and supported by the Digital Imaging Technician (see below).

One of the jobs for Cinema born with the advent of the digital video is the Digital Imaging Technician (DIT) who is in charge for the proper setup and working status of the cameras and for the proper utilization of all the tools used for video shooting. Andrea Issich, who helped us to organize all the information we are sharing with you in this posts, works as DIT. We shall have the chance in the next posts to go deeper about the DIT and related roles.

The Data Manager is in charge for the proper and secure data transfer from cameras to the digital data supports. Those will be given to Post-production crew for further processing.

Also in this department the transition to the digital video changed the tracking, storing and processing of dialogues and sounds for videos.

Here we have no new jobs but the tools to record and transfer the sounds have radically changed (from analog tape recording to digital hard disk recording). Digital recorders, wireless systems and software for audio processing have changed a lot the approach of Sound recordists and Boom operators.

At the film era editing was a matter of cutting and taping films.

With the digital video this jobs have been strongly changed and post-production softwares really helped to improve quality and reduce costs of the finisehd movies. Visual effects (VFX), Color Correction and Editing tools gave us the possibility of combining shoot material with special effects completely made by the use of computers and 3D animation softwares. The results are can be astonishing and only possible because of the digital video tecnology.

Sound related jobs are still part of the Post production department. The Sound Designer is responsible for the quality of the sound and the audio special effects. The Dubbing Director and the Dubbers work to track the final version of dialog or the translations for export products. The Composersauthor original music and follow the related execution, recording and mixing together with the Music Supervisor who is also responsible for the selection of stock music to be blended with original compositions to make the final movie soundtrack.

Let’s sum it up

All these jobs, and those we haven’t talked about because not strictly related with our objectives, contribute to realize the magic called Cinema. The same skills and the same techniques are often used also for other kind of digiltal videos. When budget and available time get reduced, some of them can be not used or executed by a resticted number of professionals. It is worthwile to mention that, even if the production does not require the same amount of jobs as for Cinema, all this aspects must be considered when approaching the realization of a digital video. It will not always be possible to bring into play all the professions of Cinema but, even for the Tik Tok videos, everyone will have to learn to be a bit directors, a bit operators and a bit experts in post production. 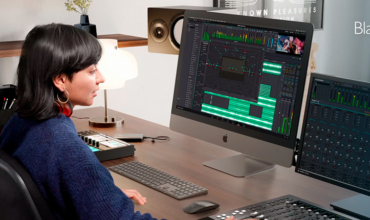 DaVinci Resolve 18 is a major release featuring cloud based workflows for a new way to collaborate remotely. You can… 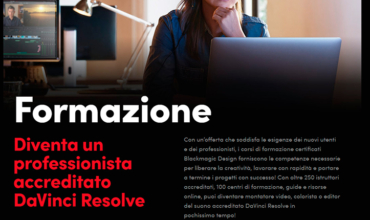 We have introduced the DaVinci Resolve software suite in a post published few months ago. We have done it because… 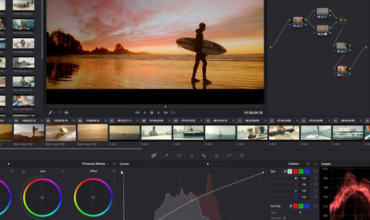 The Blackmagic catalog is wide and suits all the needs of this market. The target ranges from video blogging (live if needed) to the professional movie production.

The today’s post deals with a profession called Digital Imaging Technician (DIT) as it has been described to us by Andrea Issich.